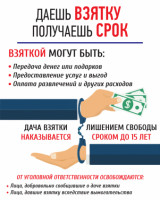 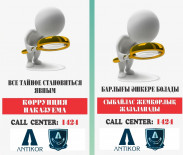 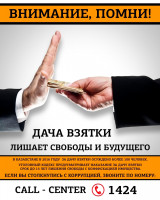 Memo “On the fight against corruption”

Corruption is a systemic threat to Kazakhstan’s security, threatening the stability of the state and society.

According to Article 6 of the Law of the Republic of Kazakhstan “On Combating Corruption”, all government bodies and officials are required to fight corruption within their competence.

Corruption is not the acceptance of property benefits and advantages personally or through intermediaries by persons performing state functions, as well as by persons equivalent to them, using their official powers and related opportunities, or otherwise using their powers to obtain property benefits, as well as the bribery of these persons by unlawful provision by them of individuals and legal entities of the specified benefits and advantages according to. Corruption offense is an act provided for by the Law of the Republic of Kazakhstan “On Combating Corruption”, as well as other laws, acts involving corruption or creating conditions for corruption that entail disciplinary, administrative and criminal liability established by law.

The Criminal Code of the Republic of Kazakhstan provides for two types of crimes related to bribes:

These are two sides of the same criminal coin: if we are talking about a bribe, it means that there is one who receives a bribe (a bribe taker) and one who gives it (a bribe taker).

Receiving a bribe is one of the most dangerous malfeasance, especially if it is committed by a group of persons or is accompanied by extortion, which consists in obtaining by the official advantages and benefits for legal or illegal actions (inaction).

Giving a bribe is a crime aimed at inducing an official to commit legal or illegal actions (inaction), or to provide or receive any advantages in favor of the giver, including for general patronage or connivance in the service.

Under a bribe is understood:

Services and benefits - treatment, repair and construction works, sanatorium and tourist trips, trips abroad, payment of entertainment and other expenses free of charge or at a lower cost.

The veiled form of a bribe is a bank loan in the guise of paying off a nonexistent debt, paying for goods purchased at a lower price, buying goods at an inflated price, entering into fictitious employment contracts with salaries paid to the bribe taker, his relatives, friends, receiving a soft loan, and raising fees for lectures, articles, and books, “random” winnings in casinos, decrease in rents, increase in interest rates on loans, etc.

Who can be prosecuted for receiving a bribe?

An official authorized to perform state functions and a person equal to him may be recognized as a bribe taker.