Discussion of the President's address to people of Kazakhstan 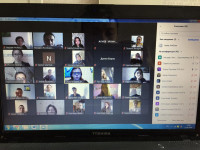 The meetings were attended by candidate of legal Sciences, senior lecturer of the Department of Lrer Kusainova L. K., Deputy Dean for educational work of FBLT Zholamanova M. K.
In her speech, L. K Kusainova noted, in particular, the interest and significance of the new Address in a number of aspects: as containing concrete proposals for the beginning of systemic reform in the sphere of economy, social relations, structure and functions of state bodies. In particular, the concept of a" hearing "state was supplemented by the President with the idea of forming a "fair" state. additional measures were put forward to protect human and civil rights and freedoms, fight corruption, and step – by-step democratization-a number of significant proposals in the financial and tax spheres, expand the rights of public councils, and elect lower-level heads of state bodies. It is important to reform the Ministry of internal Affairs to relieve the body of unnecessary functions, create a number of state Executive and Advisory bodies, including to improve strategic planning.
In General, M. K. zholamanova noted that the new Address of the Head of state indicates the gradual implementation of the strategic course to carry out systemic economic, social, political and legal reforms in the context of the global crisis, including improving the efficiency of public administration and legal regulation to achieve the country's goals.
Students shared their opinions on this important document
group Tour-18-1K Sakenova A., u-19-1K Ermek A. The priorities outlined in the Message are very important for the youth of our country. Students are very happy that first of all, the President focused on important issues of education and science for young people and instructed them to provide affordable and high-quality education. 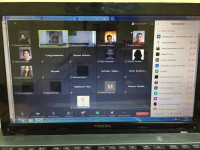 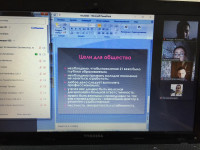 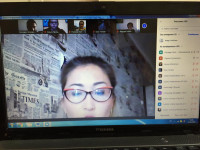 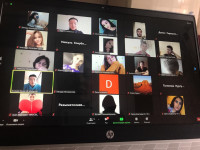