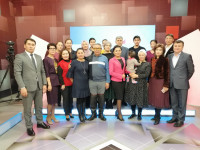 In the television program «Oitalqy» of Karaganda regional TV channel «Saryarqa», senior lecturer of the Department of Social work and Assembly of people of Kazakhstan of Karaganda economic University Aidos Badeluly took part in the discussion of the problems of providing targeted social assistance as a sociologist. They were presented for discussion the results of independent surveys of the population, which indicate that the majority of applicants for targeted social assistance really fall under the category of needy. At the same time, there are also unscrupulous applicants who try to falsify documents, which complicates the process of providing TSA to the really needy. In consequence, A. Badeluly stressed the importance of improving the government accounting system of social assistance to the population. 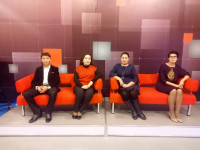